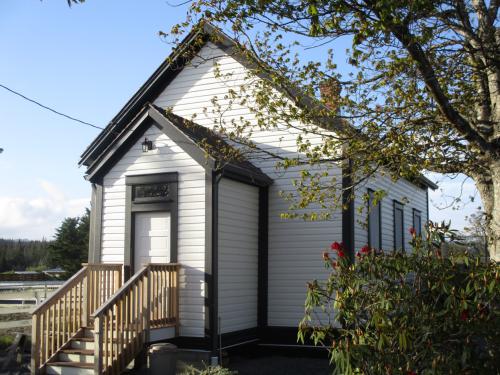 The Metchosin Schoolhouse was opened in the Spring of 1872 and was the first school building opened in British Columbia following Confederation. Classes began with Mrs. Elizabeth Fisher teaching seven girls and three boys.

The Schoolhouse Museum is located at 4475 Happy Valley Road, across from the Metchosin municipal grounds.

The Metchosin Pioneer Museum, located behind the Metchosin Community House, is dedicated to the preservation of Metchosin's history beginning with the Scia'new First Nation (Beecher Bay) through the mid-twentieth century.

Origins of this Museum date back to 1986 with Council's establishment of the Heritage Cultural Reserve Fund and in 1990 with the designation of the current structure. Since that time, the old barn has been completely refurbished to house and display the many artifacts that have been given to the Museum Society.

Complete information on the museums can be found on the Metchosin Museum Society website at https://metchosinmuseum.ca/